Do Hand-offs Ever Get Easier? 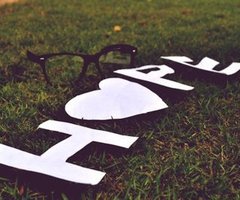 Does it ever get easier to say goodbye to your children? As a single mom who hasn’t had a week off from both her cherubs in over a year, I should have danced a little jig tonight. Instead, I found myself gutted so deeply that words can hardly convey how I felt. Do any of you get this too? If so, HOW do you deal with it??

I’ve been raising these two boys solo for two and a half years. If you follow my blog, you know that my ex lives in London, and we live in Los Angeles. He does visit, but typically flies in and will have them for an overnite or two at a local hotel. And usually during that time I’ll have heard from them, or met them on the soccer field, with a weird feeling of relief. Thanksgiving 2010 and 2009 I flew both boys solo to London—which is nuts!! I was so exhausted from flying there by myself and returning solo with all the bags, stroller, gear, etc. that any time off I had in Europe was hardly enjoyable. I should be thrilled that my ex flew into Los Angeles and is flying them both to Tennessee to see his family this season. All I had to do was pack the bags, buy warm, winter clothes for them, and drive them to his hotel by the airport. That is so much easier than flying solo and doing a hand-off after hours of screaming on an airplane with a sore back to boot!

So why was tonight just as hard as last year?!

I know I need the break. Any sane person would need time off. I haven’t had a good night’s sleep in months. My house is a wreck. I am in desperate need for yoga classes and meditation. I need to spend some quality time with the man in my life. I’m looking forward to all of that! But somehow, I found myself filled with the deepest form of melancholy tonight.

My sweet 10-year-old started to cry as I said goodbye. He turned his head away from me and choked up. Somehow I became brave enough to fight my tears, hug him, and say how much fun he was going to have and how excited all the family in Tennessee is to see him. (I so desperately don’t want to become the pathetic parent whose children constantly worry about when they are away. I want them to have fun and to see that mom is okay and that mom takes care of herself and loves them.) So, I held it together until they walked into the hotel.

I sat in my car for a few minutes in front of the airport hotel. My ex and my older son had already walked out of my sight and I sat there frozen watching my little three-year-old. He was wearing the candy-cane, red and white sweater I bought him, and was struggling with a red carry-on suit case in the hotel lobby. Both his dad and older brother had walked ahead and he fumbled and dropped the case and fumbled again and started to cry. He was still close to the automatic lobby doors of the hotel and I almost ran in to pick up the suitcase and help him steady himself, but something told me to stay put. I just sat mesmerized by the scene, praying that the suitcase would right itself and that he could run ahead and catch up with the others. He finally got the case up and began running (likely screaming too) ahead.

I sighed with relief and then the tears started to flow. Watching him with the suitcase seemed like a metaphor for the dynamic of the relationship between the three of them. My older son and his dad are much closer since they once lived together. So he misses his dad and begins to talk like a chatter-box-cottage (his former nickname at his school in London) with his father the minute he sees him. The two get caught up and little Jamesy has to fight to catch up and butt in. Then, of course, like all two- and three-year-olds will do, he makes sure that they all hear him and my older son gets frustrated with his little brother’s antics as he can no longer get a word in. My baby really doesn’t know his dad very well at all, as he’s been with me almost all the time since he was eight months old and before that his dad was gone two weeks a month anyway. I’m proud that he doesn’t shy away and fights to be heard and seems to hold not one grudge. He is love incarnate and it’s really a gift for my ex right now. Who knows what the future of their relationship will hold?

They’ll have to figure out their own way when they are together. I’m no longer a part of their relationship and I can no longer play referee or try to help. They have their own dynamic, separate from me. And the woman my husband left me for is still in the picture. She’ll be with them this trip and who knows how she’ll behave or how they’ll get along. But again, it’s about letting go of what I can’t control, right?

I guess the emotions trickled up and surprised me tonight as we are so close to finally getting our divorce. Finality always brings back memories and past dreams doesn’t it? I don’t want to go back, and I know my life will be richer and I am stronger because of all this too. But emotions have a way of bubbling up when you least expect them. And for a 100-lb-woman, I have an insane momma-bear mentality. I will do ANYTHING to protect my cubs. So watching them walk away without me, well, lets just say it is one of the hardest things I’ll ever do. I just can’t fathom why anyone would ever want to walk away from them.

Earlier tonight I had packed up most of my son’s infant clothes for my ex to give to his sister, who is expecting in February. I’m still close to her and wanted to pass along the clothes as she, like me, didn’t think she’d have a second baby. She also has a 10-year-old and gave away all of her infant items as I had done. As I was packing up the newborn onesies, sleepers, hats, blankets and tiny socks…I began to feel a pit of sadness open up. Sometimes it feels like I’ve been on my own for a century, and then I see these items and realize that just three and a half years ago I was filled with hope and determination to make sure this miracle baby came into the world safely. I threw up almost every day of my pregnancy with Jamesy when in London and then got chicken pox the week we moved back to the States. I needed a specialist and was put on strict bedrest for two months. While I was on meds to stop the contractions, I just focussed on a happy transition for us all and having a healthy baby. I was filled with hope—but isn’t that how all expecting moms are? And after he was born, with oxytocin pulsing through my veins as I breastfed, I was just filled with love for this beautiful creature. Oxytocin is an amazing hormone that can trigger labor, block pain when a woman goes into labor suddenly (I wrote about this in FitPregnancy), help you bond with your baby and stay positive when you need to most. I researched this fascinating hormone when writing the weekly pregnancy calendar for DivineCaroline where I was the parenting editor. And this remarkable hormone is also released when you orgasm or even just touch, heightening you’re ‘I’m in Love’ feeling. (Read this article.) So you can see, I was in love with family and my new baby while my husband was filled with dread and longing for his former life in London, working at a hip company with young folks, and traveling nonstop.

Well, I don’t know how I didn’t see it coming. I chock it up to breast-feeding and complete denial. But, hey, I’m the lucky one. I can honestly say I’m no longer bitter. And you know what? Somehow,  remarkably, I’m still filled with hope.

2 responses to “Do Hand-offs Ever Get Easier?”