The Grass is Greener Where You Water It 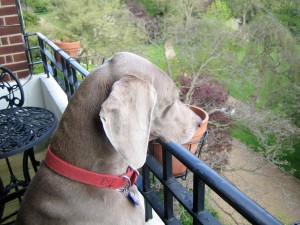 A wise friend told me this and I’ve repeated it to several women recently. I’ve had so many conversations over the past three weeks with a variety of new and old girlfriends who seem be to stuck or tempted by the grass is greener ideology. For instance, one married woman lamented to me that she was a bit jealous of my single status. “I miss getting butterflies while getting ready for a new date! I miss the first kiss, the romance. You’re so lucky.”

Another married woman said to me that she was tempted to cheat. “I can’t stand the monotony. I get criticized for not making a stellar dinner. He points out if I’ve gained a pound, but just sits and watches football and drinks too much. Where’s the fun in that?”

Interestingly, it’s not always rosy for the separated and divorced women out in the dating world. Some of my divorced and separated friends seem to be on collision courses. In their frantic search for a new man, they are with people who have addictions or just treat them poorly because that’s who they are. I can’t quite get it.

“I just can’t be without a man,” said one woman who is with the wrong person and knows it. (A person addicted, mentally unstable and unable to NOT hurt her.)

“But maybe he’s treating me this way because he’s confused,” said another who is putting up with so much cruelty from a man that it’s unbelievable and too painful for me to watch anymore.

So I told these women in my life two things (not that I’m a savant, but taking time off from men can really clear your head!)

One: “The Grass is Greener Where You Water It.”

Two: (aka Gloria Steinem): “A Woman Without a Man, is Like a Fish Without a Bicycle.” Think about it. (By the way, I was reading Steinem’s book Revolution From Within in the kitchen of a newspaper where I was reporter in Maryland back in 1992/93 when the publisher walked in, looked at me, and said, “Shit.” He spit out his tobacco in a nearby trash can and continued, “I knew you were smart, but now you’re going to start asking for a raise. Put that Steinem crap away and get back to work.” KID YOU NOT!)

I guess I can’t do that. I can only take care of myself. So, I’ve decided to take a time out from men. Why not? This past month four married men propositioned me. (Seriously? What is UP with that?!)

Anyone who knows me well knows that even the most chiseled man couldn’t get my number if he has a wedding ring on. And there lies another problem … many men nowadays just take them off.

But this isn’t the main reason why I’m taking a time out. I’m not as jaded as I could be! No, I’m just exhausted. So thank you to the friends who want to set me up on dates, but no thanks for now. Taking care of two kiddos solo 24/7 is tiring. I love them dearly and thank God for my boys every day. But there’s only so much space in my life. I’m giving it to them (and me) right now.

Secondly, I’m the personality type (cough, can you say co-dependent?!) that puts another person’s needs WAY before my own. I’ve done it my whole life. Maybe you can relate to that one? I tend to wrap myself around the important person in my life and cater to their needs and put my own very far down the list. It’s time to get re-introduced to myself. I had no idea how bad it was until I was on the phone with one of my best friends, whom I’ve known for 25 years. Here’s how the conversation went:

“I’m SO excited! I’ve decided to hire the nanny and go away for a weekend.” I say to her six weeks ago. (She knew I had been brave and broken up with my first boyfriend since my ex-husband. It’s hard to walk away, but I’m learning to take care of myself.)

“Great, where are you going dare devil,” she replies.

“Is this the same girl who traveled nonstop solo, taking new reporter jobs in random places just to travel. The girl I’d have to track down constantly, who moved to New York on a whim to write and who has at least 25 addresses in my address book?”

“Um, I think so. It’s just been so long you know. I’ve been in lockdown with the kids for two years, I can’t think straight.”

“Yeah. It’s crazy. You don’t even know what you like anymore. But I know who you are and what you like. Wow, you are so lost. Go somewhere, hole up and write.”

I hung up with her and thought about that.

Wow. I really couldn’t think of where I should go or what I should do with any time off. It’s like I had become the caged bird in I Know Why the Caged Bird Sings. It’s not quite that bad, but you get the idea.

At the last minute, I decided to cancel the solo trip for financial reasons, but it got me thinking, I really need to get back to the basics. Instead of taking what little time I have to go out on dates and to search for another someone in my life, I’m better off writing, working out, going to Al-Anon (long story) and getting to know who I am again.  You can’t build up strength on a shaky platform.

So, I’ve decided not to heed the warning of one man whose argument to begin an affair with him started with the fact that I wouldn’t be this attractive forever—presumably to be able to attract the likes of him … How sweet right? Be still my heart.

No, I’m going to take the risk of mother time creeping up on me and adding a few more wrinkles and thwarting hot prospects from entering my life in order to focus on … well … me. For once.

If you’re one of those single mommas who are spinning like a top in the dating world, what do you think? Can you try a time out for sanity’s sake too? Let me know how it goes and please share your tips of survival if you are still venturing out in this crazy dating world. Lots of love and luck to you if you are! x

Like Loading...
This entry was posted in Dating/Relationships, Divorce, Health/Wellbeing and tagged Being happy with what you have, caged bird, dating, dating after divorce, divorce, embracing your best life, Finding gratitude, Gloria Steinem, grass is greener, I Know Why the Caged Bird Sings, love that doesn't hurt, married men, Maryland, Maya Angelou, New York, New York City, relationships, Revolution From Within. Bookmark the permalink.

3 responses to “The Grass is Greener Where You Water It”